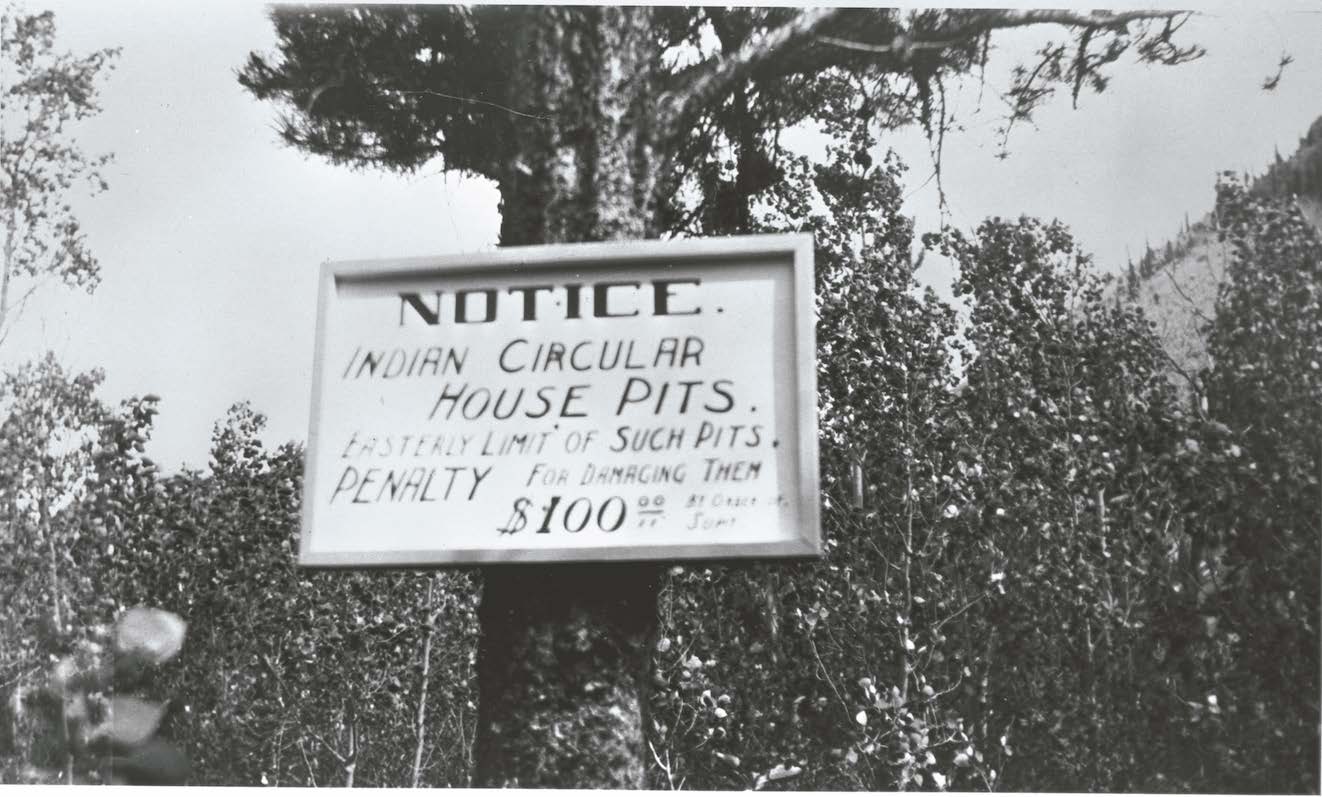 A piece of history lies buried just next to the Juniper Hotel: the remains of a 4,000 year old kiguli (sometimes spelled kekuli) or pithouse, traditionally constructed by the Secwepemc or Shuswap people from the interior of British Columbia. These subterranean dwellings use the insulating power of the earth to protect inhabitants from the elements and are one of Canada’s most enduring forms of Indigenous architecture. Their presence here in Banff echoes the cultural memory of the Secwepemc people, whose ancestors travelled into the mountains and looked out over the valley from the same spot where our guests enjoy the view today.

While the kiguli site near the hotel is the last remaining one in Banff, there was once an entire complex of pithouses located just over the river. Back in 1913, Dominion Archaeologist Harlan I. Smith arrived in Banff in to catalogue local sites of interest. The locals drew his attention to a group of circular depressions on the bank of the Bow, at the foot of Sulphur Mountain. Recognizing their significance, he erected a sign warning that anyone interfering with the site would receive a $100 fine – the equivalent of over $2000 today. This made the original Banff pithouse site one of the earliest protected sites in the whole of Canada. Sadly, that protection was not to last.

At some point in the 1920’s, the pithouse remains were destroyed by the expansion of the Banff Springs Golf Course and attempts by later archaeologists to identify traces of the depressions with ground penetrating radar were unsuccessful. Harlan Smith never discovered the site at what is now the Juniper, but in the late 1980’s Parks Canada archaeologists excavated and found it to be over 4,000 years old, with evidence of repeated use over many years.

You can learn more about the kiguli site and its significance to the Secwepemc people in this short video. For further reading on the history of Banff’s pithouses, try Curiosities, Collectors and Housepits in Banff National Park: The First Protected Archaeological Site in Canada by Gwyn Langemann and Sheila Greaves.

Be here, in spirit.