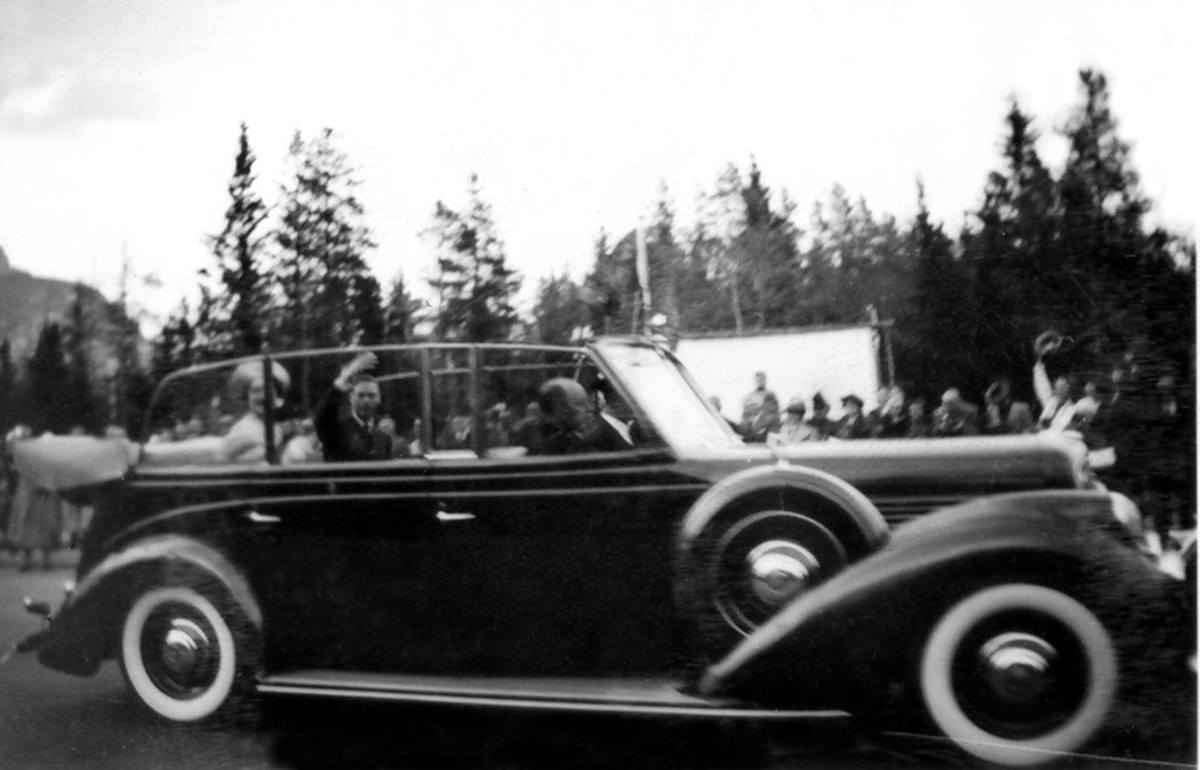 On Monday we celebrate Victoria Day, which for many of us means the beginning of summer, and the perfect excuse to kick back and crack a few cold ones. But the celebration of Queen Victoria’s birthday (May 24th, 1819) dates back at least as far as the 1840’s. Queen Victoria’s daughter, Princess Louise Caroline Alberta, strengthened the relationship between Canada and the royal family when her husband was made Governor General of Canada in 1878. Both the province of Alberta and Lake Louise are named for her. Making the transition to life in Canada, Princess Louise discovered the outdoor adventures that visitors still enjoy today. She embraced the winter season with ice skating and sleigh rides, and one summer impressed her visiting father-in-law by reeling in a 28lb salmon on a fishing trip. Her enduring love for the country is credited with inspiring other royals to make the trip across the pond. As the ‘crown jewel’ of Canada’s national park system, it’s no surprise that many of those later tours included a stop in Banff. What can we learn from these historic visits to help us travel like royalty?

Half a century after Princess Louise returned to Britain, her great-nephew George VI arrived at Banff train station in May of 1939. He and his wife, Queen Elizabeth, were greeted by the sound of 1000 schoolchildren from local communities singing the national anthem.Though the welcome was certainly out of the ordinary, the rest of their itinerary was classic Banff. The Park Superintended accompanied them to the Banff Springs Hotel to check in for the night. The next morning, they set off to hike Tunnel Mountain; a sign once marked the spot where Queen Elizabeth rested on the trail! Later that day they took a carriage out looking for wildlife – King George excitedly captured some grouse and a couple of bears on his movie camera. They also collected some woodchips made by beavers as souvenirs for their two daughters, Elizabeth and Margaret.

Princess Elizabeth would make her own trip to Banff, accompanied by her husband Philip, in 1951. By this time, as viewers of Netflix’s The Crown might recall, George VI was suffering from lung cancer that would prove to be terminal, and Elizabeth had to postpone her Canadian trip a few weeks while her father recovered from surgery. Arriving in Alberta that October, the couple drove in from Cochrane, taking a detour along Cougar and Squirrel streets, much to the delight of residents, who waved back at the princess from their doorways. The Canadian press were equally excited; a special telephoto service, the first ever in Banff, was set up at the train station so that pictures of the royal party could be sent around the country as fast as possible. Always an animal lover, the future Elizabeth II was keen to take a look at Banff’s Buffalo Paddock, which was home to a captive herd until 1997. Prince Philip reportedly asked the Park Superintendent the difference between a buffalo and a bison then, before the other man could answer, quipped “a bison is what the Australians use to wash in.” There’s no record of Liz’s reaction to seeing the bison, but we can imagine she was at least as excited as she is about these cows:

Elizabeth II would return to Banff as Queen in 1959, but the official photo ops of the royal visit caused less of a stir than her sister Margaret’s trip a year earlier. The glamorous princess ‘captivated’ Banff during her visit, which included a tour of the Banff School of Fine Arts (now the Banff Centre) and a ceremony at the Indian Days grounds, during which Norman Luxton presented her with an ‘Indian princess costume’ in white buckskin. Known for her love of horses, Princess Margaret stayed at Fairholme Ranch a few miles out of town and went riding daily on steeds provided by Banff horseman Bill Martin. He reported that the princess was “mighty impressed with the scenery around here” and enjoyed her first time riding a western-style saddle. We can only wonder if Princess Margaret looked up at the newly constructed modernist façade of the Timberline Hotel, now the Juniper, as she headed back to the ranch after a day of engagements.

Princess Margaret seems to have been a travel trend-setter, swapping the glitz of luxury hotels for a more authentic experience surrounded by nature. Prince William and his new bride Kate followed in her footsteps when they stopped off in Banff National Park on their 2011 tour of Canada. They didn’t make an appearance in the town of Banff, but spent a night in historic Skoki Lodge near Lake Louise, before heading to Calgary to open the stampede.

So, what travel tips can we take away from the royal tourists? Most of the best Banff experiences don’t require either a title or a big budget:

While we can’t promise a chorus of schoolchildren to welcome you to the Juniper, we’re always ready to roll out the (metaphorical) red carpet and treat all our guests like royalty!

Images and original newspaper extracts are courtesy of The Encyclopaedia of Banff History, a wonderful community resource for local history.