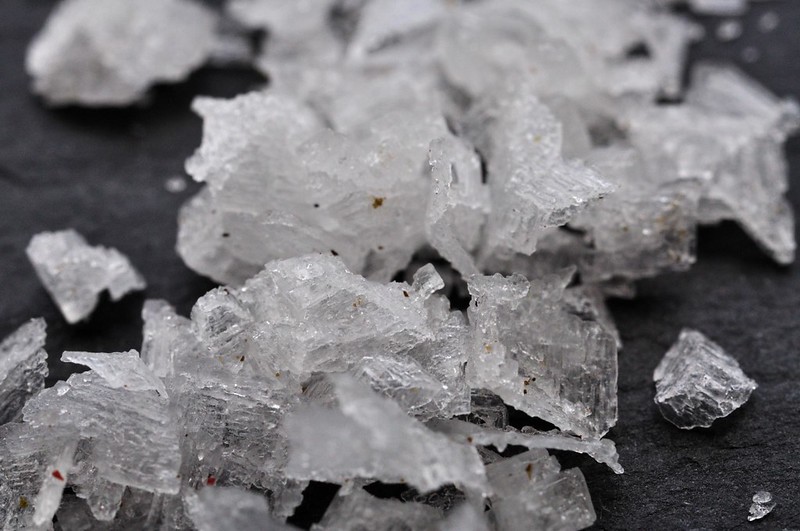 No delicious dish is complete without salt; it amplifies and deepens every other flavour on the plate. But it’s more than just plain old sodium chloride. Whether mined from rock deposits or evaporated from sea water, other minerals give salts from different regions their own distinct flavour. Some of these ‘impurities’ even add colour, like pink rock salt from the Himalayas. Chefs have a range of salt types and textures to choose from, but when they’re looking to put the perfect finishing touch on a dish, many will reach for a box of Maldon. Even if you’ve never heard the name, you might have encountered Maldon Salt; large, soft crystals with a delicately flaky texture and a more mellow flavour than regular table salt. You’ll find it as a finishing salt on the Juniper menu, adding a gentle crunch and enhancing the flavours of local produce in dishes like our Beet Salad.

Maldon is a little town in the South-East of England, an hour from London by train. Along this stretch of the Essex coast, spring tides bring salty water into the brackish marshes of the estuary, where humans have harvested salt for thousands of years. Iron age people reduced the salty water in clay pots; the Romans introduced brine pits and shallow metal pans heated on a wood fire, a system that was still being used when the region was surveyed for the Domesday book in 1086. Fast forward to the 19th century and industrial salt mining became a more cost-effective option, putting many small sea-salt producers out of business. However, solution mined salt proved inferior for cooking, containing too many trace elements that gave it a harsh, bitter flavour.

In 1882, a local coal merchant called Bridges, Johnson and Co. had a side hustle producing sea salt from the Maldon marshes. They decided to create a standalone enterprise and the Maldon Salt Company was born. By 1900, Maldon Salt Flakes were stocked in London’s famous Harrods department store. In 1922, the salt works were acquired by the Osborne family, who have retained ownership ever since. Their original facility was a single shed, built in 1850, that housed three salt pans – they now have 37 pans between their two factory locations. Though these days the pans are heated with natural gas rather than coal or wood fires, the ancient production method remains essentially the same. Sea water is collected from the estuary and pumped into the pans, where the brine is gently brought to a boil then left to reduce for around 16 hours. The temperature must be just right to produce the pyramid-shaped crystals that give Maldon Salt its signature flaky texture. As the crystals form, they sink to the bottom of the pan, ready to be harvested by hand with a special salt rake and shoveled into a draining tub. After draining for 24 hours, the salt is dried in an industrial oven before being bagged and transported to customers in 50 countries.

As part of a local culture that preserves centuries of traditional knowledge, this care and attention to detail makes Maldon Salt something special. We love adding a pinch of history to dishes at the Bistro; if you’d like to add a professional finish to your home cooking, look out for a box at most large grocery stores.

Be here, in spirit.